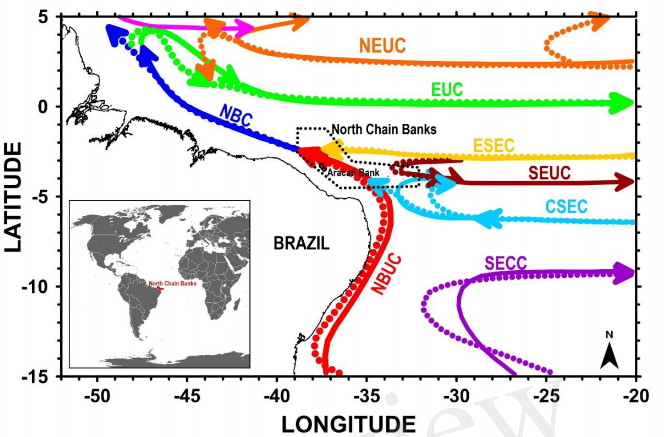 The hydrodynamic and the occurrence of topographic upwelling around the north Brazilian seamount chain were investigated. Meteorological and physical oceanographic data gathered under the REVIZEE-NE Program cruises around the Aracati Bank, the major and highly productive seamount in the area, were analyzed and used to force and validate simulations using the 3-D Princeton Ocean Model (3D POM). The Tropical Water mass in the top 150m layer and the South Atlantic Central Water (SACW), beneath it and down to the depth of 670 m were present. The thickness of the barrier layer varied seasonally, being thinner (2m) during the austral spring (Oct.-Dec.) and thicker (20m) during the austral autumn (Apr-Jun) when winds are stronger. The surface mixed and isothermal layers in the austral winter (Jul-Sep) were respectively located at 84 m and 96 m depths. During the austral spring, those layers were positioned at the 6 m and 8 m depth, respectively. Mean wind shear energy was 9.8×10-4 m2 s-2 and the energy of superficial gravity wave break was 10.8×10-2 m2 s-2, both acting to enhance vertical mixing in the area. A permanent thermocline between the 70-150m depths was present throughout the year. Isohalines distribution followed isotherm pattern of variation but at times the formation of low salinity eddies was verified on the bank slope. The 3D POM model reproduced well the thermohaline structure. Temperature and salinity profiles indicated the existence of vertical water displacements over the bank and along the direction of the North Brazil Current, the strongest western boundary current crossing the equatorial Atlantic. The kinematics structure observed in the simulations indicated vertical velocities of O(10-3 m.s-1) in the upstream region of the bank during austral winter and summer seasons. During the summer, the most important vertical velocities were localized below the lower limit of the euphotic zone, while during the austral winter these velocities were within the euphotic zone, favoring primary producers. 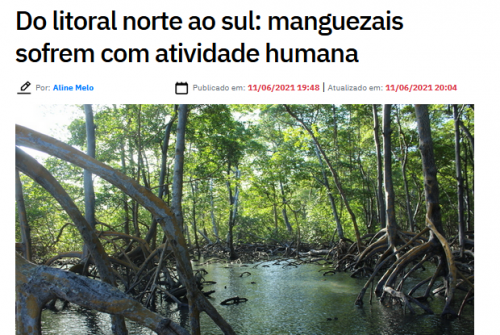 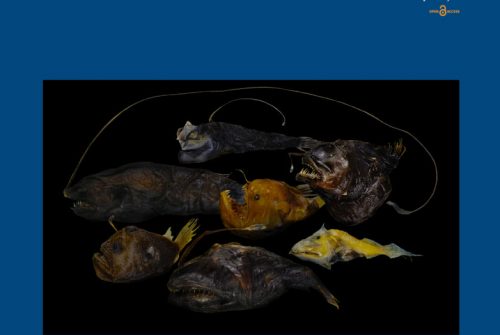 Deep-sea anglerfishes (Lophiiformes: Ceratioidei) from off northeastern Brazil, with remarks on the ceratioids reported from the Brazilian Exclusive Economic Zone