Today is World Oceans Day with the theme “Revitalizing the oceans through collective action”. On this occasion, IRD has decided to highlight its commitment for ocean sciences around the world and with its partners in the South.

Launched during the Earth Summit, held in Rio de Janeiro, Brazil in 1992, this world day reminds everyone that oceans play a vital role in our livelihood. They provide, for example, most of the oxygen we breathe.

It is therefore important to make the public aware of the fundamental place they occupy, and of the threats, they face due to human activities. This day aims in particular to mobilize and unite the populations of the whole world around a more sustainable management of the oceans.

Oceans at the heart of research

The IRD is an important player in ocean sciences. Among its major areas of research: marine biodiversity, ocean pollution and coral monitoring.

For scientists, gathering knowledge on marine biodiversity represents a challenge on an unprecedented scale. Environments change very quickly, even before their characterization, and it is difficult to find approaches to sustainably and equitably manage resources now subject to total upheaval.

In this context, scientists are on all fronts, exploring lagoons, mangroves and estuaries, coast lines (on the continental shelf), and offshore environments. Recently, researchers embarked on the RESILIENCE campaign in the Indian Ocean exploring the biological productivity and structure of pelagic ecosystems. Another oceanic mission, the SOKOWASA campaign , was conducted south of the Fiji Islands, providing data on the health of marine ecosystems in areas of ecological interest. A mission carried out in Fernando de Noronha in Brazil has improved our knowledge on the distribution of fish in the archipelago, providing tools to initiate dialogue that combines the preservation of biodiversity and economic activities based on the sustainable exploitation of the ocean.

The functioning and productivity of ecosystems, as well as human health, are threatened by extremely significant amounts of pollution leading to the abnormal proliferation of natural elements (algae, jellyfish, starfish, etc.).

Faced with this observation, scientists have developed projects such as VectoPlastic , which, until 2025, will implement methods to meet the following objectives:

Research is also carried out on the preservation of ecosystems with significant socio-economic stakes. Work by French, Beninese and French scientists has thus revealed the strong natural variations in the salinity of the Nokoué lagoon in Benin . The imbalance of these mechanisms could threaten the sustainability of this vast ecosystem which is the pantry of the surrounding populations.

20% of coral reefs, which are home to a quarter of the world’s marine biodiversity, have already disappeared. IRD scientists are highly mobilized to understand the phenomena at work, discover the ability of corals to adapt to new natural conditions and identify possible means to help them do so. They are on the go, carrying out their work in aquariums, in lagoons, and on natural sites prefiguring the acidity levels expected at the end of the century.

A Franco-Japanese team of researchers studied the impact of ocean acidification on Peneroplis spp., a species of tropical benthic foraminifera playing the role of architect within the carbon constructions constituting coral reefs. Their results, published in the journal Scientific Report on April 16th, show that while this species is particularly sensitive to ocean acidification, put in extreme situations, it shows a certain ability to resist and adapt to this impact of climate change.

The “Coastline and Ocean” Knowledge Community

In order to support and strengthen inter- and transdisciplinary research, the IRD has created KNOWLEDGE COMMUNITIES , which are forums for dialogue and exchange that bring together Institute employees and partners, around major SOCIETAL CHALLENGES .

Among these knowledge communities, “LITTORAL ET OCÉAN” , works to understand the complexity of the interactions between oceanic and coastal ecosystems and humans.

Raising awareness and mobilization to protect the oceans

Through workshops, events, shows and exhibitions, the IRD and its partners mobilize the general public, allowing them to discover and better understand the potential of activities related to the sea, and the importance of preserving marine areas.

Recently, in Brazil, the IRD set up the LAB Jovens , which trains young people to develop projects on sustainable development and environmental protection. In Marseille, the Institute joined forces with the association Karwan to present the Bleue – La mer dans tous ses spectacles event, a popular and multidisciplinary event that celebrates the sea from an environmental angle.

>> The bioluminescent exhibition “Light of the Sea”

Ten hermetic globes containing bioluminescent bacteria present in the Mediterranean, highlighted by the Mediterranean Institute of Oceanology (MIO) , will be suspended in the open sea. A magical light will illuminate the sculptures of the Underwater Museum of Marseille. A discovery tent will also be set up to raise awareness and inform about the loss of biodiversity and pollution in the Mediterranean. MIO experts will lead fun activities for the young participants.

For three days, the ocean opens its doors at the Palais de la Porte Dorée: scientific workshops, immersive and tasting events, creative activities, shows, as well as the Ocean Solutions Forum. The IRD will also present the work carried out within the framework of the Future Maore Reefs .

The ePOP project (Small participatory waves), developed by RFI Planète Radio and the IRD, is a citizen network for information, debate and mobilization on climate and environmental change. With short videos made by young people on smartphones, this innovative project gives voice to populations confronted, on a daily basis, with global changes and establishes a dialogue with scientists, experts and decision-makers.

All our videos are translated into French only.

The IRD will be present at the United Nations Conference on the oceans which will take place from June 27 to July 1 in Lisbon, Portugal. This conference will enable the implementation of innovative science-based solutions, to open a new chapter of global action in favour of the oceans.

See more : the entire selection of photos and videos for World Oceans Day on IRD Multimedia .

IRD. The sustenability of oceans, a strong priority for IRD. June, 2022. Available at: https://en.ird.fr/sustainability-oceans-strong-priority-ird 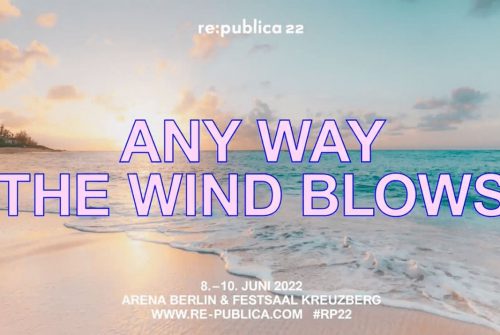 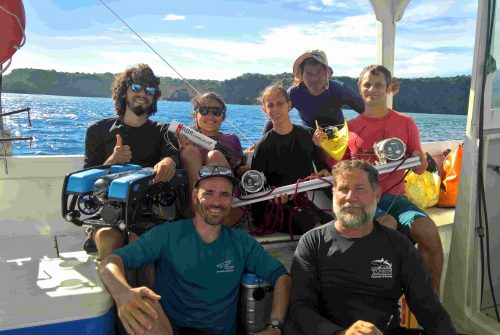 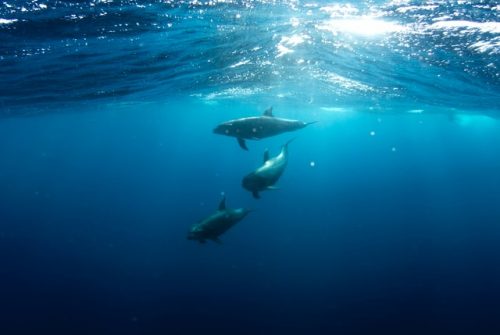 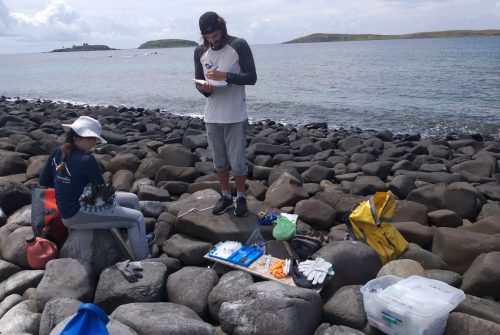 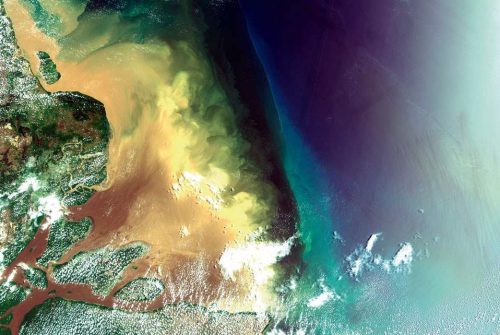