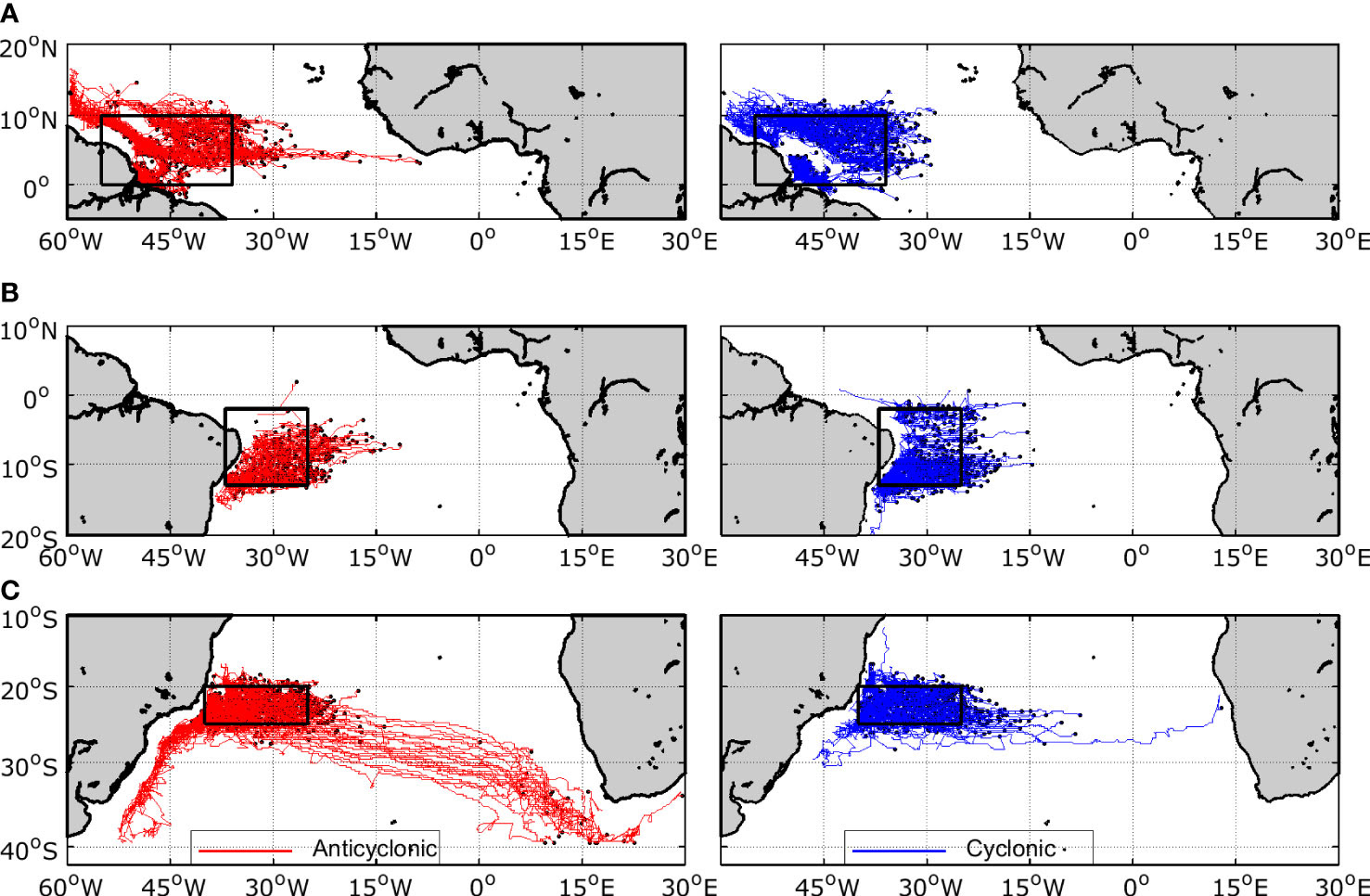 The southwestern tropical Atlantic is a region of complex ocean dynamic where originates the strong western boundary current system composed of North Brazil current and North Brazil undercurrent. The region includes a variety of features including the Atoll das Rocas (AR) and Fernando de Noronha (FN) ridge that may favour mesoscale eddy dynamics. However, origin, occurrence and characteristics of mesoscale eddies were still not described in the region. Using satellite altimetry data from 1993 to 2018 off Northeast Brazil (37-25°W; 13-1°S), we reconstruct eddy trajectories and analyse the main eddy surface characteristics (e.g., size, amplitude, polarity) and their spatiotemporal variations. The study reveals two distinct dynamic regions before quantifying mesoscale eddies characteristics. Approximately 2000 mesoscale eddies crossed the region during the study period, among which 76% were generated inside the region, with amplitudes and radii ranging between 1 and 2 cm and 25 and 205 km, respectively. Eddies are preferentially formed between August and September and propagate westward. In the region around the FN Archipelago (36-26°W; 6-1°S), the formation of cyclonic eddies is likely favoured by barotropic instabilities of surface currents and the wind stress curl. On the other hand, in the south of the region (36-26°W; 12-8°S), eddies formation is likely associated with the barotropic instabilities, wind stress curl and the meandering of surface currents. Based on vertical temperature and salinity profiles from Argo floats’ data, we determined that in average, the core of cyclonic eddies is centred at ~ 130 m (140 m) in the northern (southern) region while the core of anticyclonic eddies is centred at ~90 m (125 m) in the northern (southern) region. Moreover, mesoscale eddies formed in the tropical Atlantic do not connect the eastern tropical Atlantic and northeast Brazil. 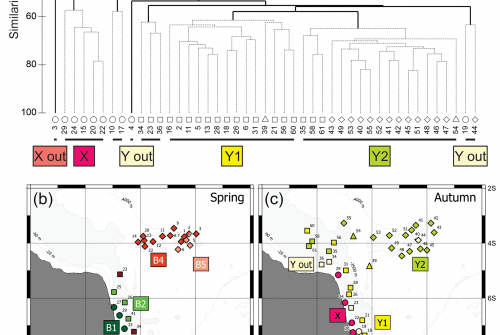 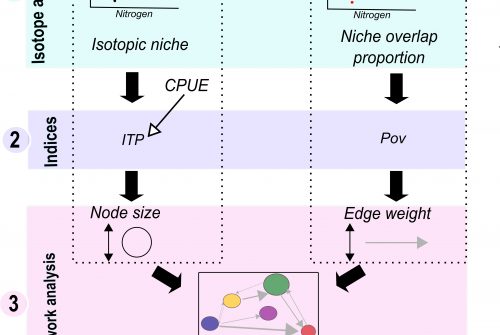 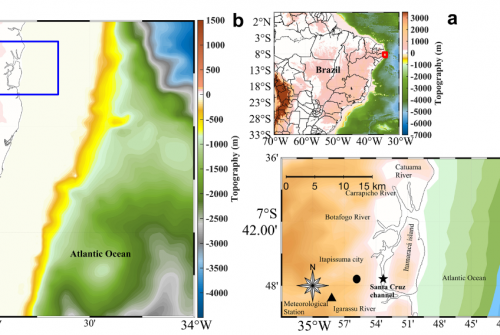 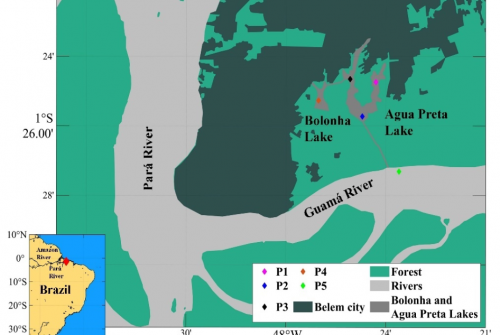 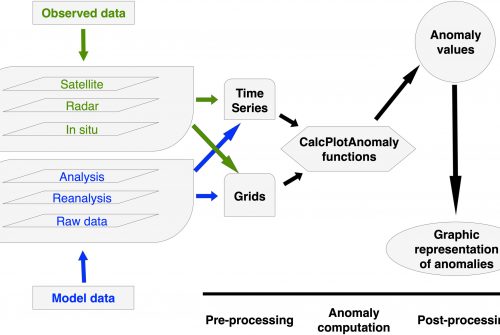