Rich and underreported: First integrated assessment of the diversity of mesopelagic fishes in the Southwestern Tropical Atlantic 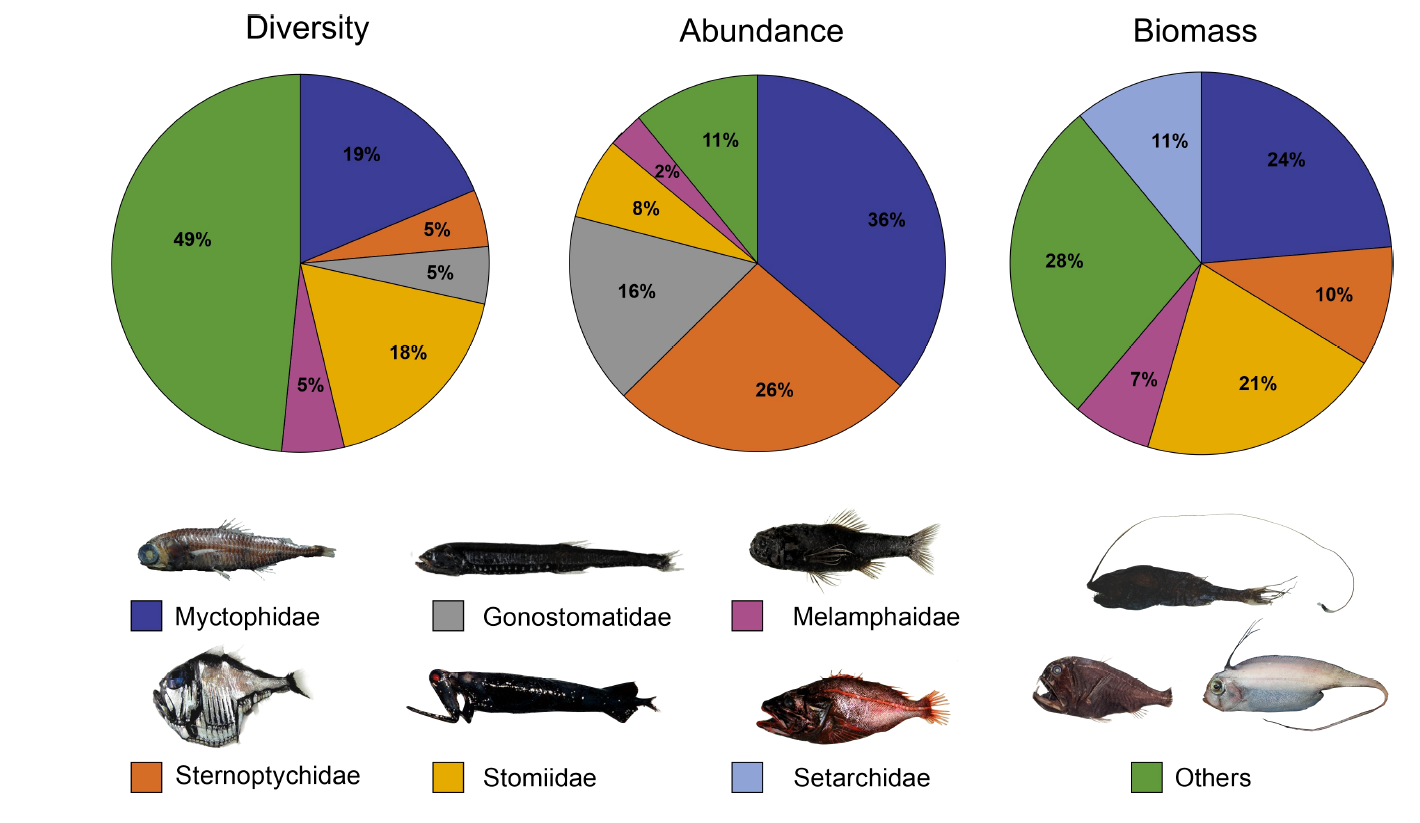 Mesopelagic fishes play critical ecological roles by sequestering carbon, recycling nutrients, and acting as a key trophic link between primary consumers and higher trophic levels. They are also an important food source for harvestable economically valuable fish stocks and a key link between shallow and deep-sea ecosystems. Despite their relevance, mesopelagic ecosystems are increasingly threatened by direct and indirect human activities while representing some of the largest and least understood environments on Earth. The composition, diversity, and other aspects of the most basic biological features of numerous mesopelagic groups of fishes are still poorly known. Here, we provide the first integrative study of the biodiversity of mesopelagic fishes of the southwestern Tropical Atlantic (SWTA), based on two expeditions in northeastern Brazil in 2015 and 2017. A full list of mesopelagic fishes of the region is provided, including rare species and new records for the Brazilian Exclusive Economic Zone and the indication of potentially new species in groups such as the Stomiiformes and Beryciformes. Key aspects of the diversity of mesopelagic fishes of the region were also assessed, considering different depth strata and diel periods. At least 200 species, 130 genera, 56 families, and 22 orders of the Teleostei and one shark (Isistius brasiliensis, Dalatiidae, Squaliformes) were recorded, including potentially eight new species (4%) and 50 (25%) new records for Brazilian waters. Five families accounted for 52% of the diversity, 88% of specimens collected, and 66% of the total biomass: Stomiidae (38 spp., 8% of specimens, 21% of biomass), Myctophidae (34 spp., 36%, 24%), Melamphaidae (11 spp., 2%, 7%), Sternoptychidae (9 spp., 26%, 10%), and Gonostomatidae (7 spp., 16%, 4%). During the day, richness and diversity were higher at lower mesopelagic depths (500–1000 m), with contributions of typically bathypelagic species likely associated with seamounts and oceanic islands. At night, richness and diversity increased at epipelagic depths, indicating the diel ascension of several species (e.g., myctophids and sternoptychids) that can endure temperature ranges of up to 25°C. Information on the geographic distribution of several rare species worldwide is also provided. 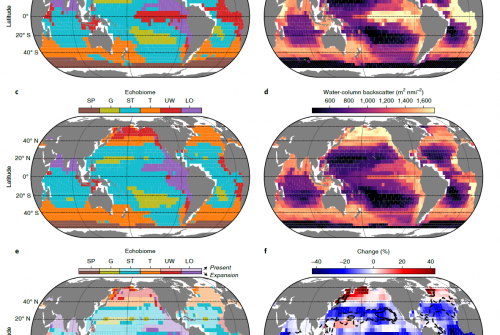 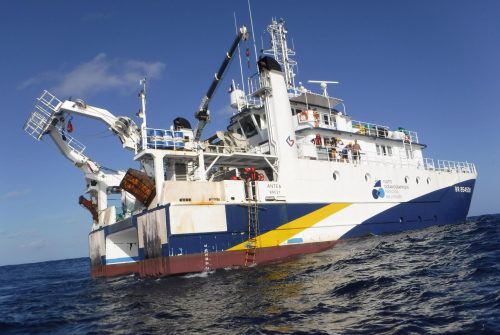 Report of the AMAZOMIX survey – Legs 1 and 2 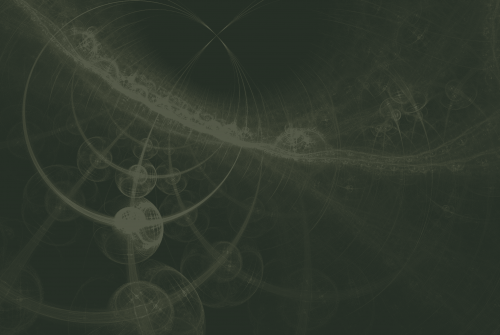 A dataset of Oceanographic and biogeochemical anomalies in the Caribbean Sea. 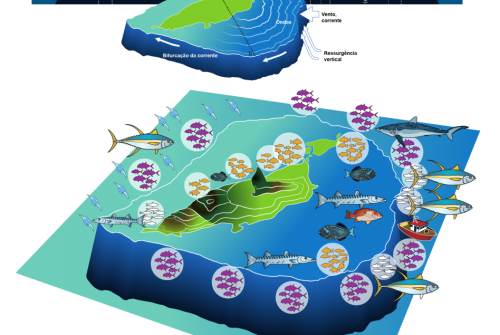 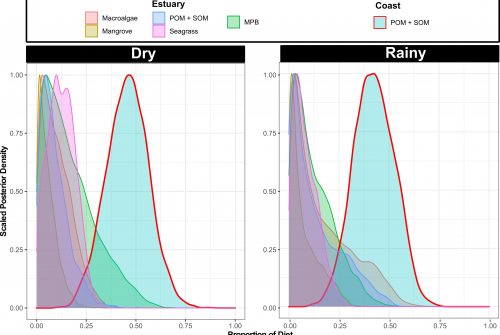