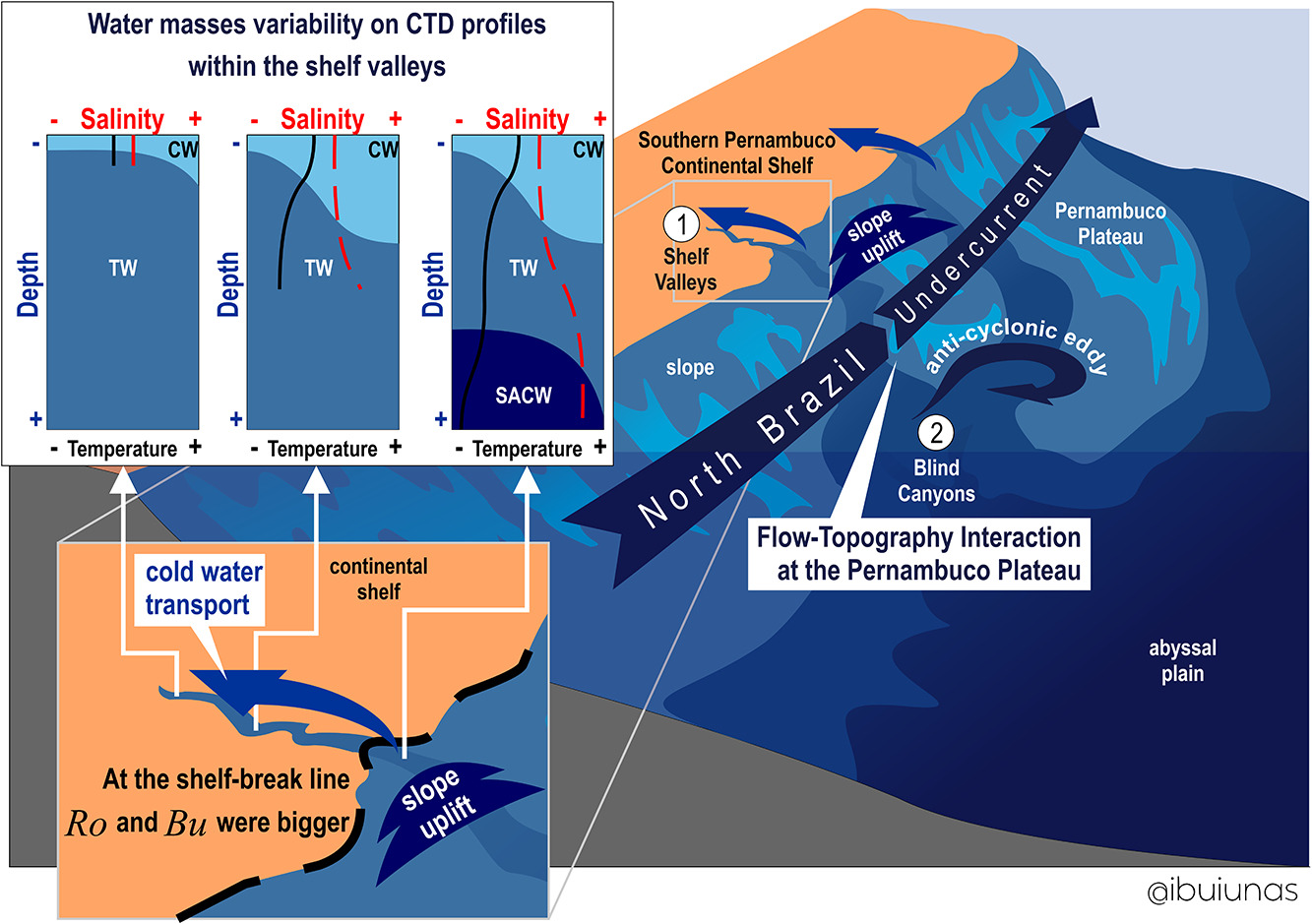 Flow-Topography Interaction can be considered as a particular set of processes resulting of the currents interaction with a topographic gradient, specially associated with submarine canyon areas, which are important morphological features with potential to upwelling and cross-isobath transport on the continental margins. The South Pernambuco Continental Shelf (SPCS) and Pernambuco Plateau located on the Southwestern Tropical Atlantic (SWTA), present incised morphological features, highlighting the shelf valleys and blind canyons, which do not have a connection to the shelf or an onshore river system. They are likely features for interactions between the dominant along-shelf flow represented by the strong western boundary North Brazil Undercurrent. We investigated potential canyon induced upwelling and the respective mechanisms at the late spring/early fall context. CTD and reanalysis data from GLORYS12V1, and in situ bathymetric measurements were used to characterise the hydrodynamics and canyon morphology, respectively. Then, we combined both to obtain dimensionless numbers from dynamical scale analysis to infer possible imbalances of the acting forces. Reanalysis data evidenced uplift at the slope not related to the blind canyons. CTD data indicated a seasonal variation of the intrusion of water masses, especially at the shelf-break for the Middle shelf valley and Campas shelf valley. A temperature difference of 2.5 °C (2.0 °C) between surface and deep waters was observed during the late spring. A stepwise temperature structure was present in both seasons, indicating instability below the mixed layer depth, the uplifting of isotherms, and the corrosion of the lower portion of the surface mixed layer. The dimensionless parameters analysis reveals highest Rossby values during the fall, mainly in Zieta shelf valley (R0=130.87) and Csv (R0=111.71), and lower values for the canyons of the Pernambuco Plateau. Our hypothesis is that the shelf valleys might play a role in conducting the uplifted slope water coast-ward. For the blind canyons, although no related upwelling was observed, reanalysis revealed the presence of a deep anti-cyclonic eddy at one of the blind canyon’s mouth. Rossby and Burger numbers indicate a weak geostrophic balance at the canyon rim, and instability of the horizontal length scale of the pressure gradient force, with tendency to vorticity control. While the paradigm that shelf and coastal waters off north-eastern Brazil are mostly oligotrophic in the surface is true, our observation of shallow (<60 m) subsurface uplift should be considered in future works in the SWTA. 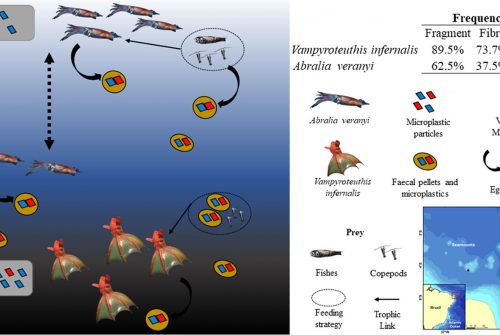 Plastic in the inferno: Microplastic contamination in deep-sea cephalopods (Vampyroteuthis infernalis and Abralia veranyi) from the southwestern Atlantic 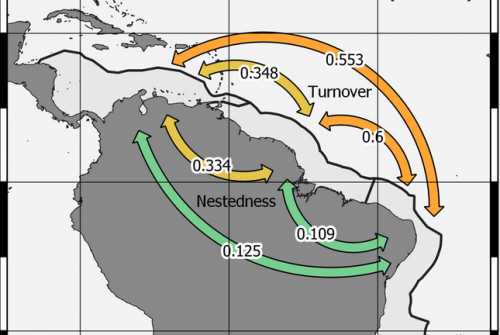 The Amazon River plume, a barrier to animal dispersal in the Western Tropical Atlantic 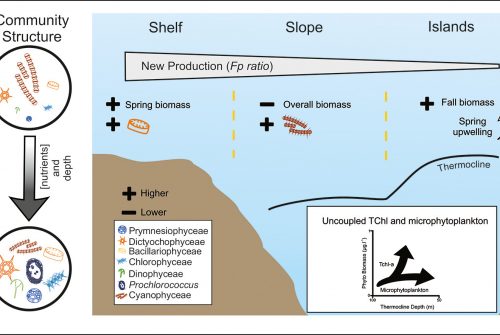 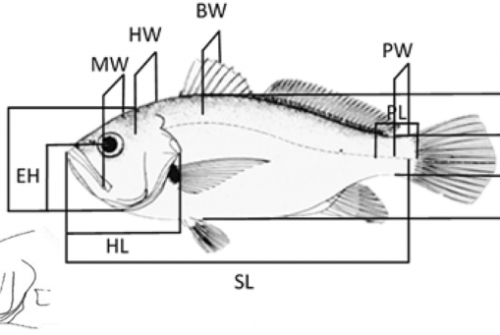 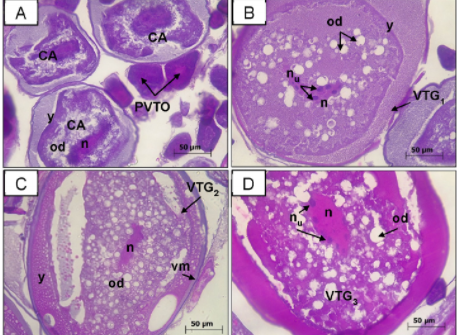